Her Evangelistic Ministry is determined to see people “Saved” from all parts of the world through the power of God’s Holy Word.  The ministry continues to reach people National and International (to include Africa, Pakistan, India, and other parts of the world) through street ministry, prayer station, outreach events, speaking engagements, women conferences, crusades, and other social media resources. Tamike was born and raised in Cordele, Georgia by her grandmother the late Mrs. Maggie Wilkins Odom ‘aka” her Mother. She currently resides in Atlanta, GA

and is the mother of three lovely children and one sister: Kerwin, Kierra, Josh, and sister Dorothy.

The journey started when she began to reach out to women in the Douglas County Jail Center, Washington State Prison, Atlanta Union Mission, and other Shelters throughout Metro Atlanta. She then moved on to receive what she called “boot camp training” through World Changers Outreach Ministry under the leadership of Dr. Creflo and Taffi Dollar. There she served as the Asst. Director over the Soul Winning Outreach Ministry, and received training through WCCI Prison Ministry. She also served in the children ministry and as a prayer counselor. Then led by the spirit of God in 2008 she continued her training at the Covenant Church of Jesus Christ for three years under the leadership of Overseer Angela Pitts. There God placed her as President over the soul winning street ministry, prison ministry (to include Youth Develop Center  YDC of Macon, GA), outreach events, altar call counselor, trainer, evangelism workshops, and  recruiter that would take her into the next phase of God’s calling for her life. During her time of serving at the CCOJC she also served on the intercessor prayer team and received “Servant of the Lord” award for her accomplishments for being dedicated, faithful, and committed to the Kingdom of God. And through the power of the Holy Spirit uncountable souls have been won to the Kingdom of God through her ministry gifts.

Evangelist Brown continues to win souls in her hometown Cordele GA and Atlanta GA using the prayer station and hosting other outreach events. She has ministered to women, men, and youth of all ages from all walks of life. She is a Powerful Prayer Warrior and Intercessor and enjoys her time in the presence of the Lord. Throughout her silent moments behind the scene; she prays, counsel, minister, encourages, and motivate many people from all backgrounds of life national and international to continue their faith walk with the Lord in spite of the trials and tribulations we face from time to time.

In 2017 she began another chapter in her life. Her Spiritual Eyes was open to a greater revelation to see the vision God had shown and said to her nearly twenty years ago. God is doing a new thing in her life and ministry.  God says to her “come on up a little higher and walk in Holy Boldness because what has been your weakness is about to be your greatest strength”! Evangelist Brown says “the miracle begins when you put your foot in the Jordan”. 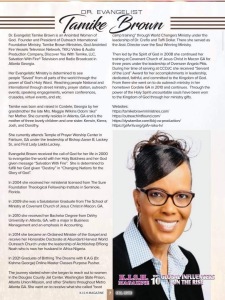 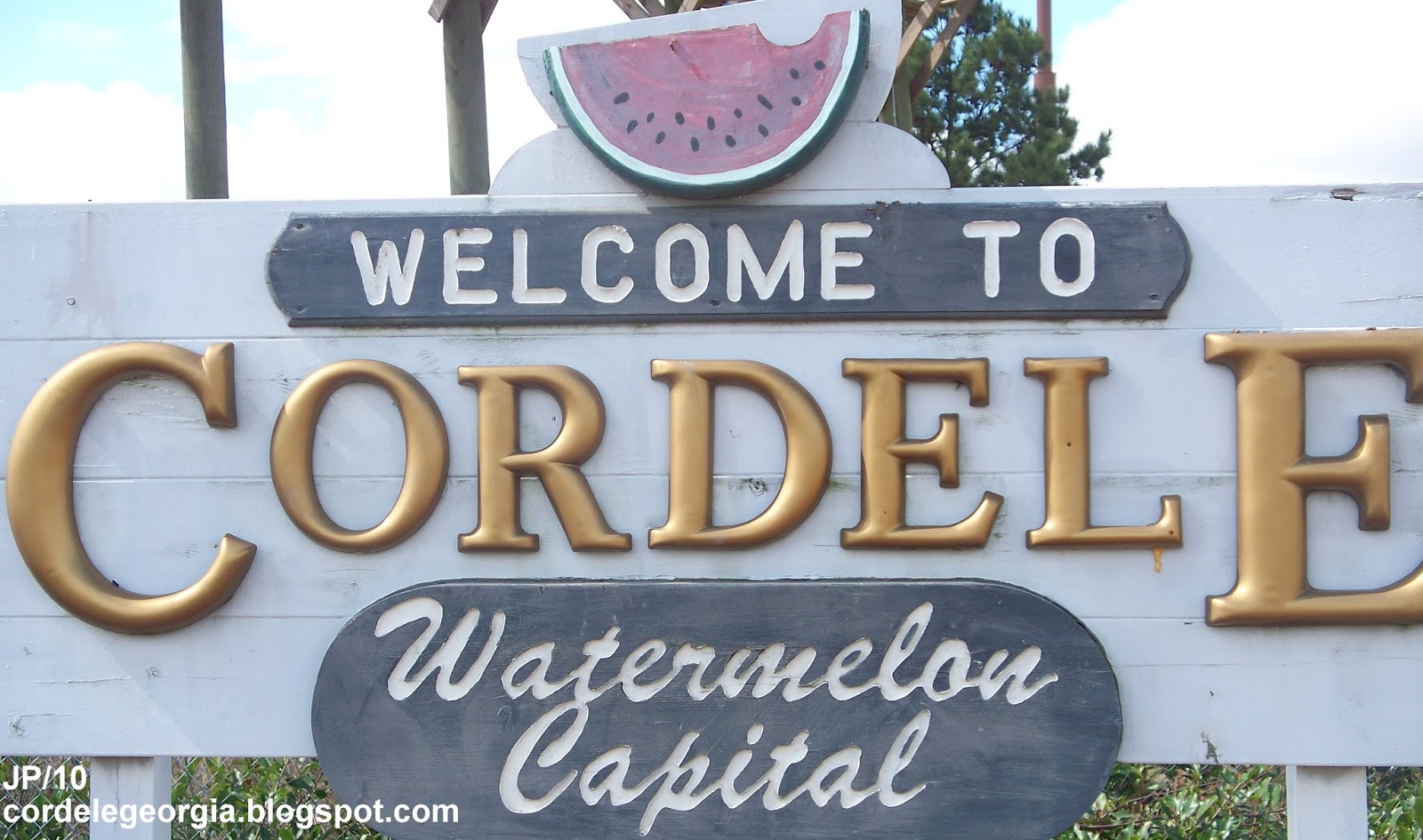 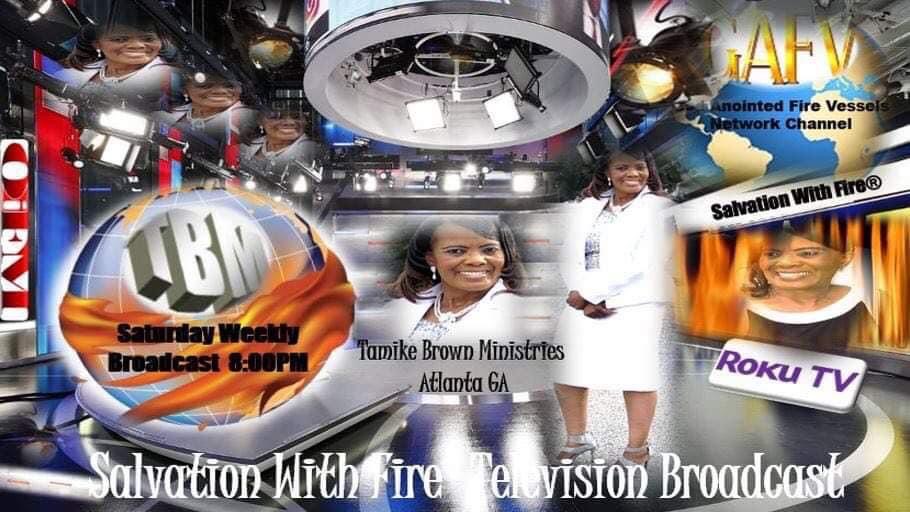